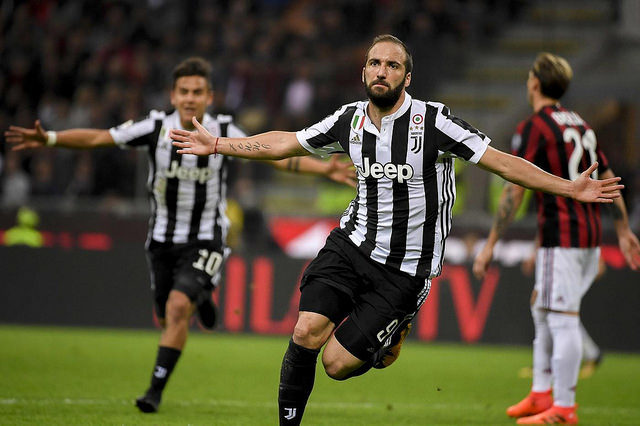 Juventus will have revenge on their minds when they host Real Madrid in a repeat of last year’s Champions League final on Tuesday.

The Serie A champions were outgunned by Real in Cardiff, eventually going down 4-1 as the La Liga side recorded a 12th success in the competition to become the first club in the Champions League era to retain the crown.

Given how elusive it had proved previously to win back-to-back renewals, it is hard to envisage Zinedine Zidane’s men claiming three in a row.

Madrid endured a torrid first half of the season. They lost their way domestically and saw Barcelona disappearing over the horizon with their title while they played second fiddle to Tottenham in the group stage of this competition.

They are in much better form now, with Cristiano Ronaldo firmly back in the groove but this is going to be an acid test.

Paris Saint-Germain were supposed to be tricky in the last 16 but the French side were undone by their naivety at this level and essentially surrendered somewhat tamely.

Tame surrender isn’t something Juventus believe in – just ask Tottenham. The north Londoners appeared to be holding the aces at Wembley last month before Juve dug in deep and found a way to get out.

The Serie A giants have kept 11 clean sheets in their last 13 home matches in all competitions and will make it a hard night for Madrid.

In former Bernabeu striker Gonzalo Higuain they have a useful goalscorer with a point to prove. It is likely to be an edgy affair and chances will be hard to come by. The odds reflect that, with Juve 19/10 and Madrid 33/20 to win.

I fancy Juve to qualify for the semi-finals at 7/4 and they can edge this game in Turin by a single-goal margin, priced at 3/1.

In Tuesday’s other game, Sevilla face an uphill task when they host Bayern Munich.

The home side have only won one of their last five matches in all competitions, the smash-and-grab success against a misfiring and tactically inept Manchester United at Old Trafford.

The Red Devils parked up in Andalusia for their last-16 first leg and seemed content to take a stalemate home, something that would cost them dear.

Bayern are unlikely to adopt a similar stance against a team that has enjoyed enormous Europa League success but routinely comes up short in this competition.

Jupp Heynckes’ side could scarcely have been more impressive on Saturday as they savaged Borussia Dortmund 6-0 in the Bundesliga, scoring five times in the opening 45 minutes.

Bayern have the tools to really hurt Sevilla and head back to Germany with a stranglehold on this tie. They are tipped to win without conceding at 39/20.