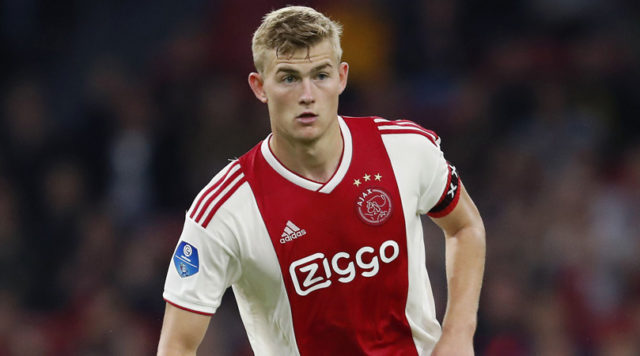 It’s Game Week Three in the Champions League and we’ve already had some surprise results in the group stage.

There is some real value to be had again this week and we’ve picked out the three best bets across Tuesday and Wednesday.

After a decade in the wilderness, Dutch football looks to be on the rise – highlighted by the Netherlands crushing win over Germany in the Nations League.

Ajax are once again leading the way for the Eredivise sides in Europe and head into Tuesday’s clash with Benfica having collected four points from their first two Group E encounters.

Erik ten Hag’s men were unfortunate not to win at Bayern Munich earlier this month, but still claimed a useful point ahead of the visit of their Portuguese opponents.

Ajax are unbeaten in seven in Amsterdam and have won their last four home games without conceding a goal. Although Benfica also come into this game in decent form, they may feel they need to go for the win – having lost at home to Bayern – and that will leave gaps for the hosts.

With a run of one win in six in all competitions, one of the last teams Manchester United would want to face this week is Juventus.

We are lead to believe that confidence is low at Old Trafford and in stark contrast, the Italian champions are flying – unbeaten all season and winning 10 of their 11 fixtures.

Add to that the return of the prodigal son, with Cristiano Ronaldo back at his former club and fresh from netting his 400th career league goal, then Juve look a very tempting price.

The Turin giants have already won their first two Group H games to nil – 2-0 at Valencia and 3-0 at home to Young Boys – and a victory with a clean sheet on Tuesday can be backed at 11/4.

A trip to the Ali Sami Yen is an intimidating test at the best of times and considering their recent form, it looks a daunting ask for Schalke.

The Bundesliga side have won just three of their last 10 fixtures and a lack of goals will also be a hindrance – they have scored just seven times in those 10 games.

Meanwhile, the Turkish champions have not lost in their last six home games and that includes a 3-0 success over Lokomotiv Moscow on Matchday One.

Galatasaray have kept five clean sheets so far this season and can be backed at 41/20 to stop Schalke scoring on Wednesday.