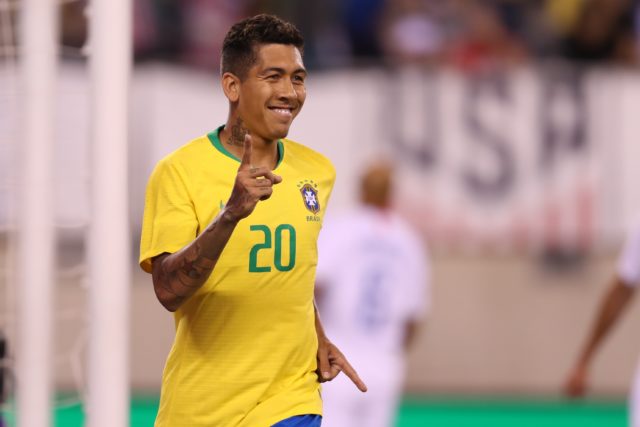 It is the culmination of the 2019 Copa America on Sunday as Brazil go head-to-head with surprise finalists Peru in Rio and it is hard to look past the tournament hosts to pick up the win.

It has not been the most entertaining display from Brazil during the tournament so far and they were booed by their own fans during the group stages, after being held 0-0 at half-time against Bolivia as well as having drawn 0-0 with Venezuela.

However, the Selecao did put on a show when thrashing Peru 5-0 in their Group A clash while they produced a solid performance when overcoming rivals Argentina 2-0 in the semi-finals.

Tite’s men have yet to concede a goal from five matches, proving how hard they have worked in the defensive department, and it will be difficult for Sunday’s opponents to break them down.

Brazil have now kept seven consecutive clean sheets and they are unbeaten in their last 15 matches since losing to Belgium in the quarter-finals of the 2018 World Cup in Russia.

Liverpool forward Firmino has led the line well for Brazil so far and he is one of 13 players currently sharing the Golden Boot after netting twice in the tournament.

The 27-year-old scored the second and decisive goal in that win over Argentina last time out and he will be confident of finding the back of the net against Peru, having already scored against them in the group stage.

Barcelona’s Philippe Coutinho has not scored since grabbing a brace in the opening win over Bolivia, but he provides good value at 5/1 to open the scoring and is worth considering.

Peru have shocked everyone by getting to the final and their victories over Uruguay and defending champions Chile, in the quarter-final and semi-final respectively, proved they can mix it with the big boys.

However, the 5-0 loss to Brazil earlier in the tournament can’t be ignored and it could be a hot-tempered affair when the two teams meet for the second time on Sunday.

Ricardo Gareca’s men have picked up eight yellow cards so far and right-back Advincula is accountable for two of those. The 29-year-old will have the likes of Coutinho, Willian and Everton running at him and a third booking looks almost inevitable.