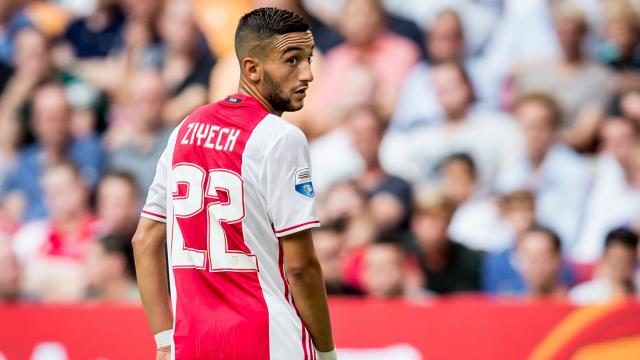 Ajax have been the story of this season’s Champions League with their young team having already dumped out holders Real Madrid and Italian giants Juventus.

This time, however, they head into a tie as (slight) favourites, largely thanks to a growing list of absentees in their English opponents’ squad.

They may have battled their way past Manchester City in the last round without many of those, but it’s still a list of considerable concern for the hosts, who have lost seven of their last 13 matches following Saturday’s 1-0 defeat to West Ham – their first reverse in their much-vaunted new stadium.

Now they must deal with an Ajax side who play impressive football, a style both Real and Juve failed to deal with – the Dutch won 4-1 in Madrid and 2-1 in Turin.

Recent results have also been impressive with 13 of their last 15 won, while they were given the weekend off so should be well rested.

Basically they look worthy of support at 19/10, while 7/2 about them winning without conceding is also worth considering given so many goals have been taken out of the home team with Kane and Son absent.

Donny van de Beek has been one of the unheralded heroes during Ajax’s run to the last four and the attacking midfielder can find the net in this game.

He landed the anytime scorer bet for this column in the Juventus clash two weeks ago and given he’s now scored in five of his last eight away games, van de Beek is worth backing again here.

A final bet comes in the stats markets where Hakim Ziyech’s shots on target appear to have been priced up too generously.

The line has been set at 1.5 with overs the way to go.

That’s occurred in seven of Ziyech’s nine games in the Champions League proper this season, including away to both Real Madrid and Bayern Munich.