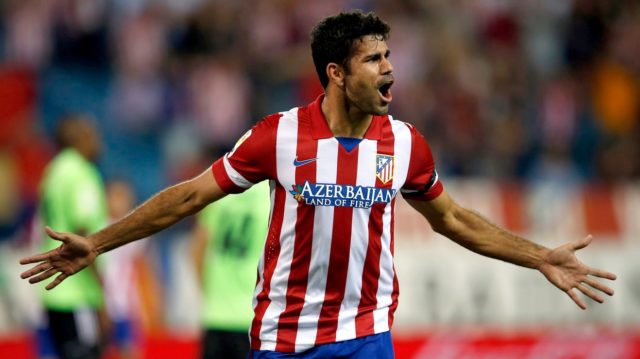 Real Madrid made it three successive Champions League triumphs in May when they downed Liverpool in Kiev but their city rivals Atletico might halt their Super Cup domination in Tallinn on Wednesday evening.

Atletico have only won one of the last seven clashes with their illustrious rivals but this looks a good time for Diego Simeone and company to win a third European Super Cup crown.

Atletico Madrid to win at 2/1

Atleti are unbeaten against Real Madrid in three of their last four competitive attempts, ensuring this is likely to be a strong test for the post-Cristiano Ronaldo European champions. Julen Lopetegui’s team have impressed in the early exchanges of their pre-season, with Gareth Bale seemingly flourishing now that the shadow of the Portuguese superstar isn’t cast across him.

Madrid derbies have tended to be cagey affairs in the recent past, a run that has included two Champions League finals, and more often than not, it was Ronaldo that held the key to unlocking the door.

Only three times in the last 11 meetings of the Spanish capital rivals has either side managed to score more than one goal in a game, and on two of those occasions Ronaldo completed a hat-trick for Real Madrid.

With uncertainty over Los Blancos, their neighbours have an excellent chance to get one over on the new incumbent in the Bernabeu dugout. Antoine Griezmann, committed once more to Atleti, and Diego Costa can prove crucial in helping the Europa League winners get over the line.

They are neighbours in the Spanish capital and certainly, familiarity has helped to breed contempt for these sides. They have met an amazing 22 times in the last five seasons, ensuring they know each inside out by now.

Such regular clashes have led to a standoff-ish nature in Madrid derbies. Surprises are few and far between and, in the recent past, so too are first-half goals. The last five league clashes have produced just one first-half goal. This game may lack the intensity of a La Liga battle, but that won’t stop Simeone’s team from making it typically hard for Real to gain a foothold.

Don’t be surprised by a stalemate at the break, with a scoreless first half priced at 31/20.

World Cup finalist Luka Modric may not feature for Real Madrid and that will be a big loss as the Croatian playmaker makes them tick in midfield and is as likely as anyone to pick holes in the Atletico cover.

Atletico meanwhile will play to their strengths, looking to hit on the counter attack or use set pieces to their advantage. Diego Costa can be a nuisance in both cases. He is decent value to net the opening goal in Estonia.