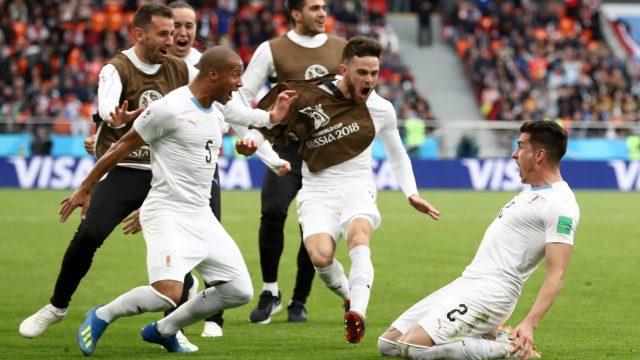 The World Cup’s last 16 ties kick off today and Uruguay could have the edge in the battle of wills against Portugal.

La Celeste are a battle-hardened side and are yet to concede in Russia, taking nine points from nine in Group A.

They have hardly been smooth but neither have Portugal, the European champions who seem to sail close to the wind every time they play, making plenty of mistakes but always getting away with them.

That luck might just run out in Sochi, despite the presence of Cristiano Ronaldo. The Real Madrid man will be stuck to by Atletico pair Jose Gimenez and Diego Godin, while at the other end, Edinson Cavani and Luis Suarez should have too much for Pepe and Jose Fonte.

France and Argentina are of course both past winners but neither have been particularly good in Russia.

La Albiceleste have been especially poor, only scraping past Nigeria and while Les Bleus topped Group C, no one can say they have been anywhere near what they should have been.

They have to fire eventually though and after battling past Australia in Kazan a fortnight ago, can do the same again today.