The second World Cup semi-final takes place on Wednesday and England’s momentum can carry them to success against Croatia.

Both have enjoyed rollercoaster campaigns in Russia, but the ease in which the Three Lions defeated Sweden was in stark contrast to the two sets of penalties needed for the Croats to get this far.

The pair have only met once at a tournament, in Euro 2004, where England won 4-2. A similar game could be likely with both teams preferring to attack rather than defend.

England’s 2-0 quarter-final win over Sweden was their first clean sheet, while having started the tournament with two shutouts, Croatia have conceded in their three games since.

Sime Vrsaljko’s injury suggests their defence could be lop-sided and the Three Lions’ pace in attack is likely to create chances.

At the time of writing, Harry Kane leads the race for the Golden Boot with six strikes and having missed out on adding to that tally on Saturday, will be raring to go.

Kane score three times in his two meetings with Liverpool this season and Croatia’s Dejan Lovren played in both of those games. In fact, he was subbed off early on in one of those games due to his poor performance.

The Tottenham man can be a hero in Moscow and another big performance could see him add the Golden Ball to his likely Golden Boot.

These two countries have been awarded five penalties in Russia, while England also conceded one against Tunisia.

Although teams have learnt that VAR is always watching, it only takes one poor moment of judgement on a nervous night like Wednesday to make what could be a crucial error. 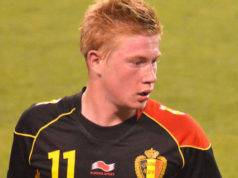