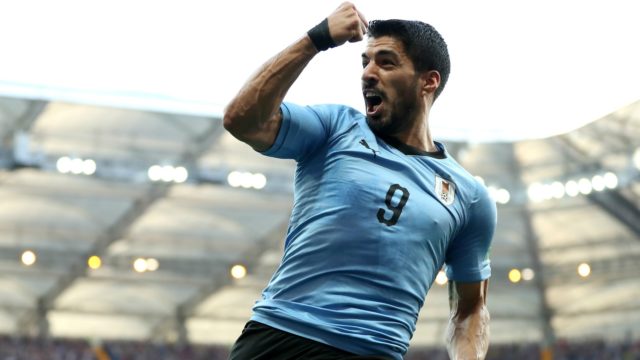 After the nervous excitement of the group stages, the 2018 World Cup in Russia is now heading into its business end, with Saturday kicking off the last 16.

While Brazil should have too much for Mexico, who look set to meet their demise in the second round for the seventh straight tournament, and Spain are likely to knock out the hosts, there is intrigue elsewhere.

Sweden v Switzerland looks likely to win the prize for the game to miss if you’re a neutral, while Belgium are unlikely to have any issues against Japan. However…it may not be so simple elsewhere.

Things kick-off on Saturday with a potential classic as France take on Argentina in Kazan. Neither side has hit the heights, with Les Bleus sluggish and La Albiceleste in turmoil.

Once the knockouts come though it is a different story and teams with knowhow can get big results. Argentina have exactly the type of players required in Lionel Messi and Javier Mascherano but the limitations of those around them have been exposed and the French should have enough to sneak through.

Uruguay and Portugal are two other teams who have not yet truly got going, although La Celeste did top Group A without conceding a goal. The Selecao snuck through and their hopes, just like at Euro 2016, appear to hinge on Cristiano Ronaldo.

Oscar Tabarez has Diego Godin though and if anyone can mark the great man out of the game, it is the Atletico Madrid stopper. Add to that the presence of Edinson Cavani and Luis Suarez and the Uruguayans could well see Fernando Santos’ stodgy side off.

Croatia have been the one team to really fire in Russia, with three wins from three and a fresh squad to boot, having been able to rotate. They face Denmark, who have been as functional as ever but hardly fun to watch.

A Vatreni win with a clean sheet looks the bet here, with them likely to dominate the game and create plenty of chances so why not take advantage of the special Price Boost on offer.

A defeat to Belgium could work out for England as they appear to be in the weaker half of the draw.

Colombia are no slouches though, coming good when it mattered in Group H and reached the last eight four years ago, without star man Radamel Falcao.

There is excitement about this bunch of English players though and a win on Tuesday could really open the draw up for Gareth Southgate’s side.