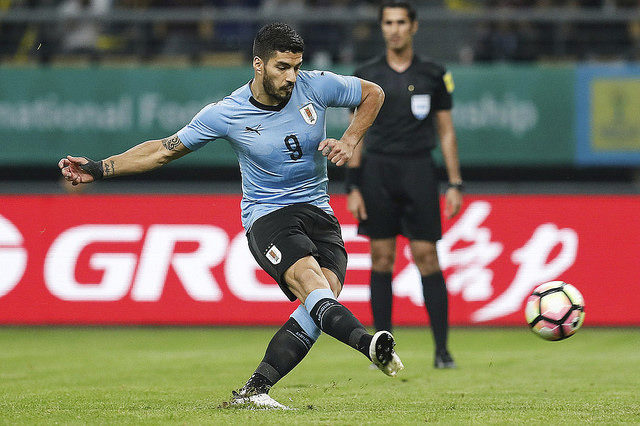 Monday is the beginning of the end of the World Cup group stage – how has it come to this already!

Group A, predictably, is first up for conclusion and it has already got plenty of the juice taken out of it. Hosts Russia and Uruguay will move into the last 16, with their meeting set to decide top spot.

The Russians are in pole position here by virtue of their superior goal difference and a draw is enough to give them top billing. They have been free-scoring with eight goals in two games already.

Uruguay on the other hand have impressed absolutely nobody, despite grinding out two hard-fought 1-0 wins. This, it seems, is their modus operandi. They are the Atletico Madrid of the international game.

They will offer very few chances, defend doggedly and, in Luis Suarez and Edinson Cavani, have potent strikers ready to hurt any opponent.

Russia are going to find this game much tougher. Uruguay can make it three successive 1-0 wins and it would not be a surprise if Cavani netted as he has gone close in both games already.

The other game is a damp squib now with Egypt and Saudi Arabia confirmed for the exit door. The Egyptians have shown more adventure in the final third so far and in Mohamed Salah they’ve got the player most likely to make the difference, even if he is only half fit.

The Saudis appear quite limited and may suffer a third defeat in Russia.

In Group B, Spain and Portugal are on course to make the last-16 but things are far from confirmed.

Spain face Morocco – already eliminated – in their final game while Portugal go in against an Iranian side that has performed admirably in what could be another tough test for the European champions.

The Moroccans will be deflated having lost both games 1-0. They may still be wondering how they fell to Iran, while Cristiano Ronaldo’s early header was their undoing last time out.

Their energy levels will be sapped by the confirmation that they are out and it could be a long 90 minutes against the 2010 World Cup winners, who will starve them of possession and drag them around the field chasing the ball.

With their fate confirmed, it might prove that Morocco become a yard slowed in doing the chasing. Spain made hard work of defeating Iran but there won’t be the same intensity here and they’ll surely find spaces as the game wears on.

Fernando Hierro has done an admirable job in the circumstances for Spain and they can sign off with a comfortable win – they’ll know that scoring goals is the best way to guarantee top spot in the group.

Getting past Iran is no gimme for Ronaldo and co. The plucky underdogs were undone only by a freak goal against Spain and, once behind, they came out and attacked and easily could have earned a draw but for some wasteful finishing.

Four goals in two games is some return for a man that was ‘slowing down’ coming into the tournament. In big games, the Real Madrid superstar finds the answers for his country and they can overcome stubborn opposition.

They might not have the firepower to get top spot ahead of Spain, but they should move into the knockouts alongside their Iberian neighbours.