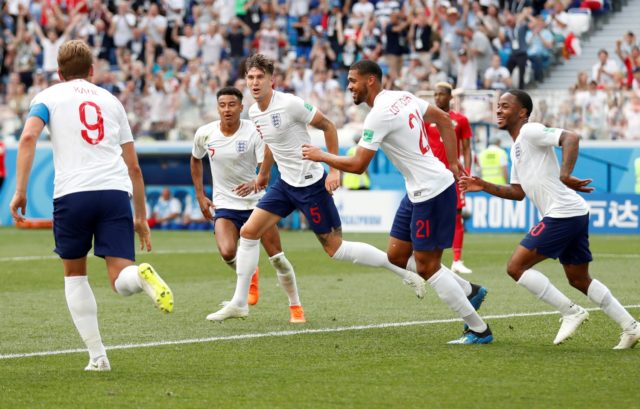 England produced a professional performance to down Sweden in the quarter-finals and can overcome Croatia to secure a place in Sunday’s final.

The Three Lions needed penalties to get past Colombia in the last 16 but managed to finish Sweden off in 90 minutes with a fairly comfortable 2-0 win, although goalkeeper Jordan Pickford was called into action a few times.

England have proven to be excellent at set pieces and they grabbed their opener against the Swedes from a corner as Harry Maguire headed home, and that could be the difference when they face Croatia as they have looked a little suspect when defending set pieces.

The Croatians have, of course, impressed to get to the last four but both of their knockout matches have gone the distance as they’ve needed penalties to see off Denmark and Russia.

That extra action may have an impact now we’re through to the latter stages of the tournament and England can take advantage as they seek to reach the final for the first time since they won their only World Cup title in 1966.

With England so deadly from corners, it could pay off to back one of the defenders to grab a goal and Stones looks a good candidate.

The Manchester City man struck twice in the group stages against Panama and will go forward for set pieces against Croatia and can find the back of the net at a tempting 16/1 to score at anytime.

England to win and both teams to score @ 4/1

At odds against England appeal in the standard match betting market but for a bit more value a victory for Gareth Southgate’s men with both teams to score stands out at 4/1. Croatia have plenty of attacking talent and are yet to draw a blank in Russia, and they can make sure it isn’t necessarily a straightforward march to the final for the Three Lions by grabbing a goal in this last-four showdown.