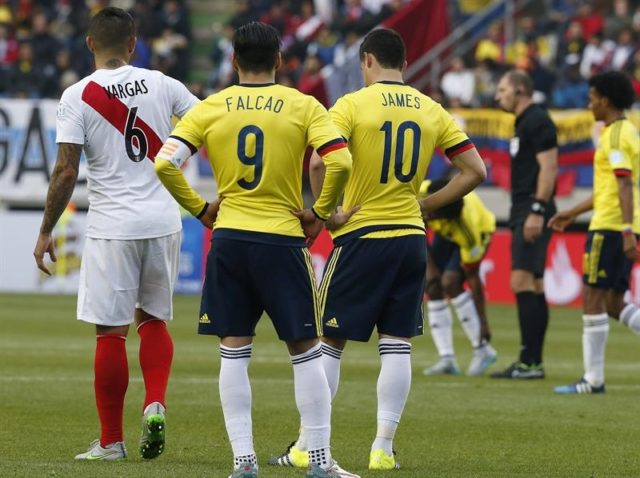 Colombia and Japan get their campaigns underway today and it is likely to be a successful start for Los Cafeteros.

Quarter-finalists four years ago, the South Americans beat Japan 4-1 in Brazil and have a number of that side still present, while Jose Pekerman remains in the dugout.

In a competitive Group H, having Radamel Falcao fit could be crucial after he missed out on the 2014 finals and he will fancy himself against the Samurai Blue.

A late call to swap boss Vahid Halilhodzic for Akira Nishino means Japan’s preparations have not been ideal and the Asian outfit look the outsiders in this group.

Colombia for me are a far superior team and it is hard to look past an easy win in Saransk.

The other match in Group H sees Poland take on Senegal in Moscow.

Both have a point to prove on their returns to the World Cup and will fancy their chances of a last-16 place.

The Lions of Teranga look a solid outfit and having come through final qualifying unbeaten, will be dreaming of a similar start to 2002 when they beat holders France.

However, Adam Nawalka’s men have developed into a more fluent side since Euro 2016 and although they’ll leave gaps at the back, should have too much firepower in Robert Lewandowski and Piotr Zielinski.