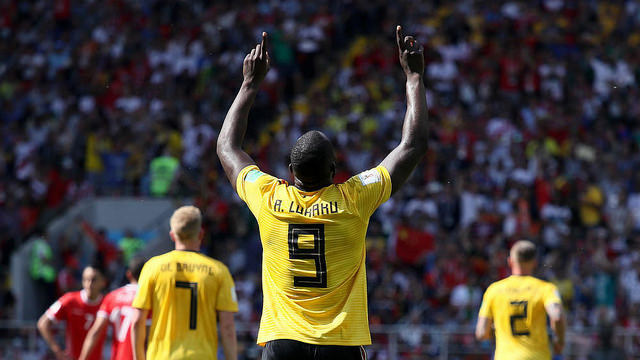 Belgium take on France in the first World Cup semi-final on Tuesday and it’s a match between two local rivals that seems almost too close to call.

France are viewed as the favourites in the 90-minute match odds at 31/20 although backing Belgium at 21/10 may be the more astute selection.

Roberto Martinez’s side have won all five games on their way to the last four and appear to be peaking at exactly the right time in Russia.

Granted, wins over Tunisia and Panama and a weakened England should not necessarily scare Les Bleus, but the way they came back from the dead against Japan to win 3-2 and then the stunning 2-1 victory over Brazil certainly should.

Belgium took the game to Brazil in the first half and were deservedly 2-0 in front thanks to devastating performances from their three best players.

Eden Hazard, Romelu Lukaku and Kevin De Bruyne were unplayable on Friday and if they click again in St Petersburg, France may not be able to do anything about it.

Lukaku has more than one eye on the Golden Boot – he has four goals so far for the tournament – and he will be desperate to add to that tally.

Sometimes criticised for failing to show up in the biggest games, the Manchester United striker was immense at times against Brazil and can wreak havoc against France, aided by a lethal supply chain from Hazard and De Bruyne.

France were lacklustre in their group, edging out both Australia and Peru by a single goal before they turned on the style against Argentina in the last 16, winning 4-3.

Didier Deschamps’ men then proved they could dig out a result against a well-disciplined Uruguay in the quarter-finals and, like Belgium, have stand-out individuals in the shape of Antoine Griezmann and Kylian Mbappe to rely on in the final third.

With the attacking talent on show don’t be surprised to see both teams to score at 20/21, and backing over 2.5 goals at 6/5 should also pay off, but it’s Belgium who are tipped to edge past their rivals to book their place in Sunday’s 2018 World Cup final.