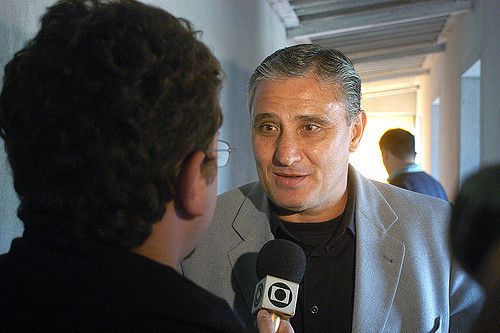 The World Cup goes up a notch on Sunday when Germany and Brazil open their campaigns and it would be folly to think these two will fail to mount a serious challenge for yet another world title.

The Selecao are looking for their sixth World Cup, while for the defending champions it would be the fifth time they had been crowned the best team on the planet. These two met in the semi-finals four years ago and it is fair to say there was a big gap in quality between the sides.

Fast forward to 2018 and that gap has closed, with Brazilian coach Tite improving the defensive side of their game, conceding the fewest goals in qualification, while they have kept clean sheets in six of their last seven friendly matches.

One of those clean sheets came in Berlin when they beat the Germans 1-0 without their talisman Neymar, who has only just returned to action after a broken toe.

The Paris Saint-Germain forward carried the weight of a nation on his shoulders at the 2014 World Cup but no longer bears that burden alone, with the likes of Philippe Coutinho, Gabriel Jesus and Willian stepping up to the plate.

Jesus was top scorer in qualifying for Brazil and has nine goals in 16 appearances overall, with the Manchester City ace a serious contender for the Golden Boot at 16/1, with Neymar currently 9/1.

Jesus was the match winner in Berlin in March when Germany found Brazil a very different proposition to the one they smashed 7-1 four years ago.

Die Mannschaft romped through qualifying, winning 10 out of 10, but have failed to convince since then, winning one of the last six in the build-up to the finals.

That is a cause for concern but this is a nation that always performs at the World Cup, reaching at least the semi-final stage in the last four tournaments.

Another run to the semi-finals is likely, unless they fail to win Group F, in which case there could be a Brazil against Germany showdown at the last-16 stage.

Both teams are short-priced favourites to win their groups and understandably so given the quality of the opposition.

Switzerland, Serbia and Costa Rica are who Brazil will need to overcome, starting with the Swiss in Rostov.

Germany are up against Mexico first before taking on Sweden and South Korea, and it is unimaginable they will not finish top in Group F.

Were they both to win their group then the two nations can’t meet until the final – and what an opportunity that would give Brazil to exact their revenge.