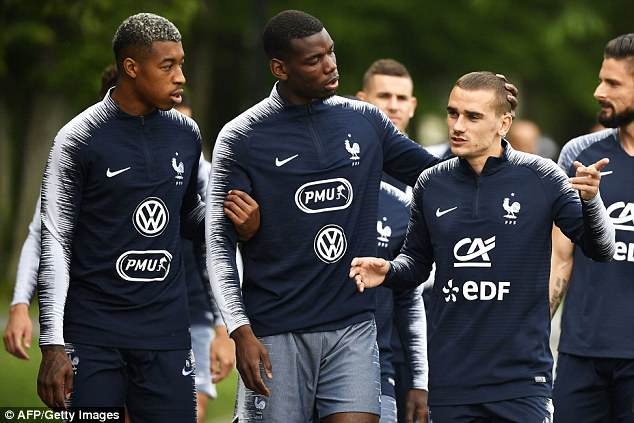 Saturday serves up four games at the World Cup, with both France and Argentina eager to make fast starts at the tournament.

Les Bleus take on Australia in Kazan and will be expected to win their opening game without too much trouble.

With Antoine Griezmann having settled his future at club level, he and his fellow forwards should have plenty of opportunities to shine against a Socceroos outfit who were less than impressive during their qualifying campaign.

France are also likely to be highly motivated to make up for a drab 1-1 draw with the United States in their last pre-tournament friendly.

Yes, Argentina have a wealth of attacking talent at their disposal, including superstar Lionel Messi, but they are less than dependable at the back, as a 6-1 hammering by Spain in late March showed.

Iceland, as England found out to their cost two years ago, are not a side to be taken lightly and they will not sit back and allow the South Americans to dictate the play at will.

Both Peru and Denmark will have their sights set on trying to reach the knockout stages of the tournament and will be desperate to avoid defeat in their meeting in Saransk.

A point is so much better than none, so should the game be tight heading into the latter stages, you can expect both sides to settle for what they have got and move on to the next challenge.

The perennial dark horses, Croatia have a midfield to die for which includes Luka Modric, Ivan Perisic and Ivan Rakitic.

They should be able to serve up enough chances to eventually put the Super Eagles away and gain a win which, even at this early stage, should put them well on the way to the last-16.