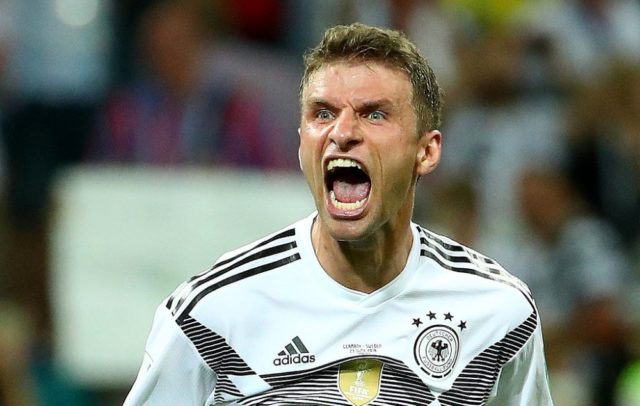 World Cup Groups E and F remain finely poised ahead of the final round of fixtures and pre-tournament favourites Brazil, now priced at 5/1 to win the competition outright, still have some work to do to avoid a first round exit.

Brazil hold top spot but are level on points with Switzerland in second, while Serbia still have a chance to progress as they are a point further back and only Costa Rica have been eliminated.

Brazil to beat Serbia and both teams to score @ 9/4

The Selecao have made hard work of their World Cup campaign so far as they were held to a 1-1 draw by Switzerland before needing two late goals to overcome Costa Rica in injury time.

However, they dominated both games and it has been a combination of poor finishing and inspired goalkeeper – particularly from Costa Rica’s Keylor Navas – that has hindered them so far. You get the feeling they’re not too far away from clicking and we may see a better performance against Serbia.

It also helps the European side have to come forward and try to win the game, rather than defend and play for a point as both the Swiss and Central Americans were prepared to do. Serbia carry a goal threat and Aleksandar Mitrovic has been in good form so they may get a goal but Brazil should be able to outgun them on Wednesday.

Switzerland need a win to guarantee their progress and they should get it against Costa Rica. The Swiss have been boosted by the news Xherdan Shaqiri and Granit Xhaka have avoided bans and are available, and after that morale boosting win over Serbia they can back it up with three points against the Costa Ricans to secure a knockout place.

Every team still has a chance to qualify from Group F in what has been probably the most compelling of all the pools at the World Cup.

Mexico need a point against the Swedes to secure top spot and they should be able to get it. Sweden may be a bit deflated after their late defeat to the Germans but they cannot afford to dwell on it and need a win, otherwise they’re relying on South Korea beating the holders.

Mexico are an incredibly tough side to break down and are excellent on the counter. Sweden also have a strong defence and this match-up could well end honours even.

South Korea can qualify if they win and Mexico beat Sweden. It is unlikely, but still a possibility so they have to go all out on the attack. Germany have conceded in both games so far and the South Koreans may be able to find a way through, but the European heavyweights know how to get a result and they should be able to secure the three points they need to continue their bid for back-to-back World Cup crowns.