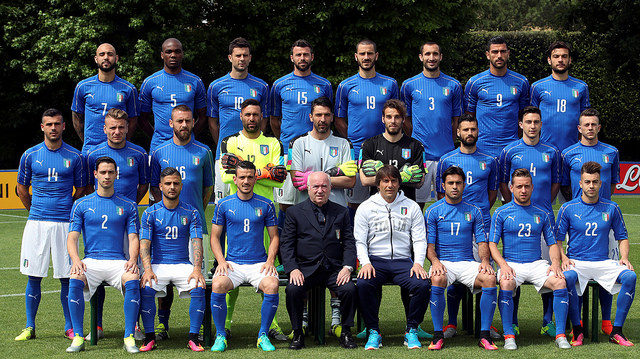 It probably won’t be pretty, but Italy should have too much quality to edge past a dour Sweden in Milan to reach next summer’s World Cup finals in Russia.

Italy are facing the prospect of missing out on the tournament for the first time since 1958 after losing Friday’s first leg of the play-off 1-0.

Giampiero Ventura’s side were poor in Stockholm against a Swedish side that is workmanlike but lacks any great flair. If Italy are to progress they will probably need to keep a clean sheet on Monday, available at 5/7, while they can be backed at 19/4 win the second leg 2-0.

Substitute Jakob Johansson’s deflected shot proved to be the only goal in the first leg and Janne Andersson’s side are 10/11 to progress to the World Cup finals and 17/4 to draw the second encounter 0-0.

Ola Toivonen and Emil Forsberg, 27/4 to score anytime on Monday, are Sweden’s main goal threat, while it will be a sad occasion if the Italians do crash out as it will be veteran goalkeeper Gianluigi Buffon’s last competitive game for the Azzurri.

Marco Veratti is suspended for the match after picking up a needless yellow card for a mistimed tackle on Swedish striker Marcus Berg so it may be Simone Zaza, 5/1 to score the first goal, who needs to step up to the plate for the Italians. The Valencia star missed the first leg with a knee injury and is facing a late fitness test for Monday’s match.

With the away goal rule counting in World Cup play-offs, a Swedish goal at the San Siro would leave the Azzurri needing to score three times. Italy are 11/4 to score 2.5 goals in the match.