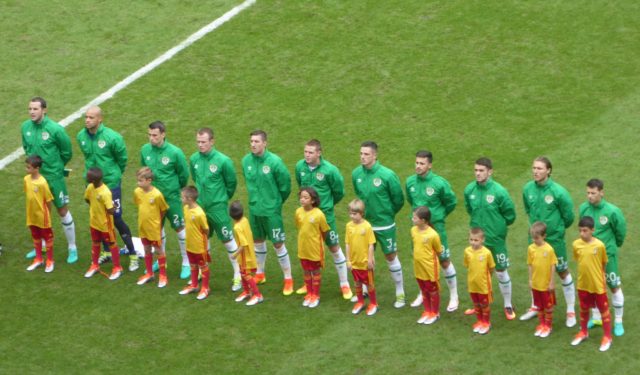 Republic of Ireland (1/15) will be banking on an important three points at home to Moldova (31/1) in Friday’s World Cup qualifiers.

Martin O’Neill’s men are still in with a shout of making next summer’s finals in Russia as they sit third in Group D, just a point behind Wales directly above them.

With second place and a probable play-off place seemingly up for grabs, as group leaders Serbia are four points clear, O’Neill’s men should dispose of Moldova without too much fuss before switching their focus to Monday’s huge Celtic showdown against Wales in Cardiff.

Wales must first try to get a win on Friday themselves, of course, but punters looking to back the visitors at 1/1 against Georgia (3/1) will be wary of Gareth Bale’s absence in a side that has, at times, stuttered since its unexpected run to the semis in Euro 2016.

Chris Coleman’s player will not find it easy in Tblisi but a draw, available at 11/5, is still very much within their grasp and would reward backers keen to sit on the fence in this game.

Elsewhere, Italy are still hoping to somehow catch Spain at the top of Group G but both the established European giants are likely to be victorious on Friday as the Azzurri, who are three points behind the 2010 World champions, host FYR Macedonia. A victory for La Roja seems all but certain, too, as they entertain Albania, who are huge 37/1 outsiders.

Brave punters may fancy siding with Euro 2016 stars Iceland when they go to Turkey in a tight Group I. Iceland are level on 16 points with leaders Croatia but are outsiders at 3/1 to beat the Turks (20/21), who themselves can still make Russia with two positive results. Ukraine are also on 14 points, alongside Turkey, and are shoe-ins to beat Kosovo at 2/17.