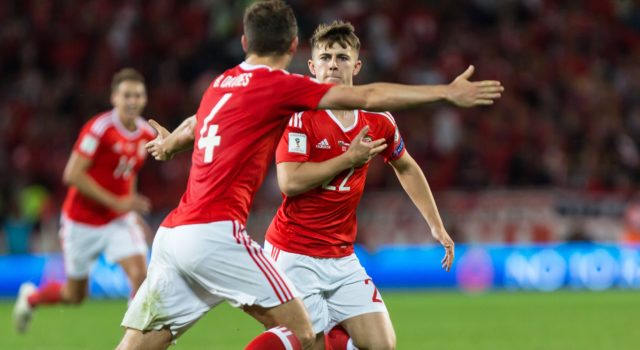 Wales started this campaign with something of a Euro 2016 hangover, drawing four of their first games to leave themselves an uphill task, but they are finishing fastest of all and can secure a Russian Roulette playoff by winning on Monday.

Martin O’Neill’s Republic of Ireland looked to be in a strong position last November when James McClean scored the only goal in their win over Austria in Vienna but they have stumbled badly since.

Friday night’s win over bottom of the table Moldova in Dublin was a first in five for the Irish. Wales meanwhile have stockpiled the momentum ahead of this Cardiff City Stadium decider by winning their last three games against Austria, Moldova and Georgia, crucially, away from home on Friday.

They may be without Gareth Bale for the final dance but Wales are finding new heroes willing to step in, youngsters Ben Woodburn and Tom Lawrence getting the vital strikes against Austria and Georgie lately.

Momentum, aided by what will be a passionate home crowd, ought to prove key for the Euro 2016 semi-finalists on Monday.

Of course, Wales know a draw will take second spot (Serbia are expected to account for Georgia on home soil and tie up top billing) but that will likely not be enough for a playoff as they may end up bottom of the nine-team runners-up table.

This game is a cup final in every sense of the word. O’Neill’s team will be dogged, there’s no doubting that, but Wales look to have more guile and are fancied to grind out a 2-0 victory at odds of 31/4.

The other big tussle on Monday is in Kiev where Ukraine know a home win at 41/20 would guarantee them second spot in Group I ahead of visitors Croatia.

Euro 2016 surprise package Iceland are at it again and will top the section if they defeat bottom of the table Kosovo at home.

Croatia are reeling from a late leveller on Friday night that saw Finland deny them a home victory that would have kept top spot in their hands.

Just like Wales, Croatia know that a draw in Kiev takes second spot but it leaves them in peril of missing the playoffs. They have already lost on the road in Iceland and Turkey in this group and are under maximum pressure to deliver now.

Ukraine’s home form has been good but this is perhaps the toughest test they’ve faced so far and a draw at 11/5 looks a likely outcome, a result that will be cheered on in Cardiff.