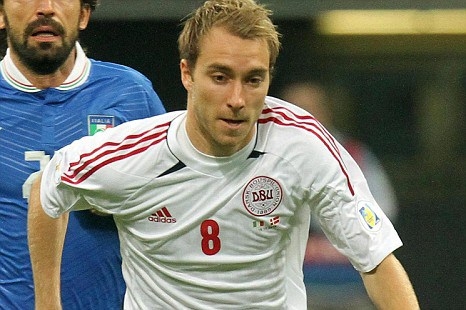 Denmark play host to the Republic of Ireland in Copenhagen in the first leg of the World Cup qualifying play-off with Christian Eriksen man in form for the hosts.

The Tottenham Hotspur playmaker has scored in each of his last six international appearances, with Denmark having an unbeaten record in their last nine games.

Eriksen has been the first goalscorer in the game three times out of six, so 6/1 to be so again on Saturday seems a reasonable option, while 12/5 to score at any time certainly has some merit.

At the other end of the pitch, De Rod-Hvide conceded eight goals in ten qualifiers, with only Poland scoring more than once in a game against the Scandinavians, so 10/11 for the hosts to keep a clean could offer a limited return.

That record could lead you towards 57/20 for the Irish to keep a clean sheet, which could be vital as Martin O’Neill’s men only scored 12 times in their qualifying group.

The two sides have not met in a competitive fixture since April 1993 and have played each other only twice since then.

The Irish claimed a 3-0 home friendly win in 2002, while five years later they powered to a 4-0 victory in Denmark.

Don’t expect a similar outcome this time around, as the Danes are much-improved and even at 2/3 to qualify for the finals they are still the team to favour.