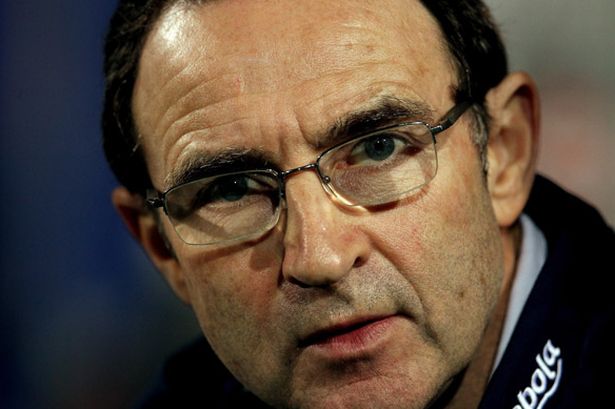 The Republic of Ireland look set for a frustrating evening on Tuesday when they host Denmark in the second leg of their 2018 World Cup play-off.

A 0-0 draw was all the sides could muster in Copenhagen but the Danes should really have won and will have been left frustrated by their inability to capitalize on their first-half chances.

It means it is all to play for in Dublin but it would be wrong to expect fireworks in what will inevitably be a cagey affair.

In fairness to Martin O’Neill, he makes no apologies for his team’s lack of style but their ‘Boys in Green’ nickname suggests they should be a lot more fun than they are.

‘Resilient’ is the word that perhaps sums up their qualifying campaign and they are again expected to stifle their opponents at the Aviva.

The Danes are another side known for building their success on structure but at least in Christian Eriksen they have a player who can add some stardust.

While the Irish are pretty boring at times, the Danes do try to play football and the Spurs man is often the focal point of their success.

The 25-year-old’s skill in the middle of the park could be what is needed to separate these sides and there is a feeling that it could be a successful if not entirely inspiring night for the Rod-Hvide.

Although geographical loyalty lies with the Republic, it just seems written that Denmark will be heading to Russia.