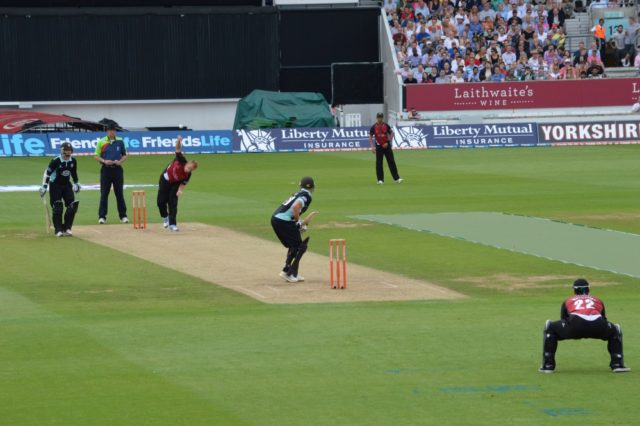 T20 Blast Finals Day sees four fairly-evenly matched sides going for glory at Edgbaston, with no one team being considered strong fancies to be crowned champions.

The first semi-final sees the Lancashire Lightning take on the Worcestershire Rapids, with the latter likely to be hampered by the absence of overseas stars Callum Ferguson and Martin Guptill.

The return of all-rounder Moeen Ali after England duty is a boost, but Lancs will welcome back Jos Buttler to counterbalance that positive.

More intriguing could be the match-up of two young bowlers who have excelled in the Blast this summer, Lancs leg-spinner Matt Parkinson and Worcs paceman Patrick Brown.

They are the two leading wicket-takers in the competition to date, with Brown out in front on 27, however, Parkinson is only three behind the New Road seamer and has taken three wickets in three of his last four T20 outings.

The second semi-final in Birmingham matches up Somerset and Sussex, with again very little to choose between the two teams.

Sharks star Laurie Brown is the leading runscorer in the Blast with 554 to his name, but Somerset have New Zealand ace Corey Anderson in their ranks and he could make all the difference, having smashed 466 runs at an amazing strike-rate of 171 runs per 100 balls.

Add in-form skipper Lewis Gregory to the mix and the men from the West Country may just have the firepower to prevail.

Somerset to be crowned champions – 5/2

In the overall markets, Somerset might be the team to go with, although there is little to choose between the four options on offer.

However, the added motivation of having not won the tournament and lost in three successive finals between 2009 and 2011 could give the Taunton side the edge needed to come out on top.