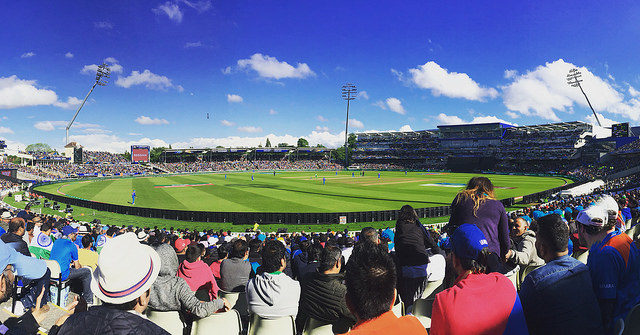 It’s time for the annual slog-fest of the T20 Blast Finals Day at Edgbaston, with hosts the Birmingham Bears hoping to cash in on home advantage.

The Bears (5/2 – Outright) have a tough task on their hands, though, as they take on Glamorgan (4/1 – Outright) in the semi-finals, with the Welshmen having one of the tournament’s leading batters among their ranks.

South African left-hander Colin Ingram, 12/5 to be top team batsman, is one of only three players to make two centuries in the T20 Blast, while his 70 from 43 balls helped power his side to a nine-wicket win over Leicestershire in the quarter-finals.

Hoping to keep Ingram and co quiet will be a Warkwickshire attack led by veteran off-spinner Jeetan Patel, who has claimed 20 wickets so far this season at an economy rate of under seven, meaning that 3/1 for him to be leading team bowler is one to ponder.

The other semi-final is all-but-a-nailed-on certainty for a mountain of runs, with Nottinghamshire and Hampshire both having explosive batting units.

Hants promoted Shahid ‘Boom Boom’ Afridi to the top of the order for their quarter-final against Derbyshire and he rose to the occasion by cracking 101 from just 43 balls to ensure victory.

His match-up against England ace Alex Hales could be crucial to the final outcome, with Hales scoring his 485 runs in the competition this summer at the incredible strike-rate of 206.38.

Hales is 13/2 to be man of the match, while 8/1 for Afridi to take the award seems a good option as he is a man who simply loves the big stage.

If Afridi fires, Hampshire at 3/1 to be crowned champions is also reasonable value, while Notts at 33/20 does not appear to offer much in return, although the Outlaws are the rightful favourites to lift the T20 Blast title.