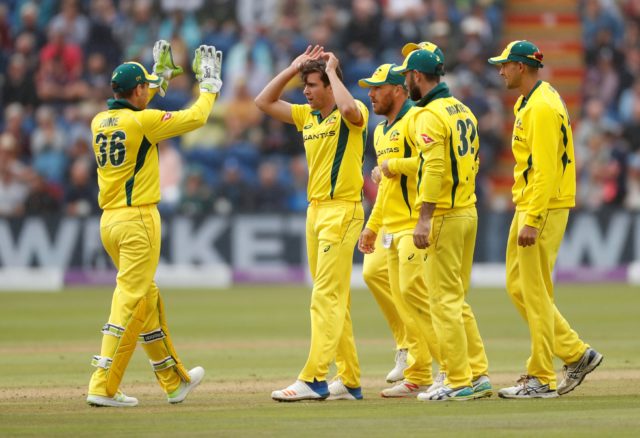 Jhye Richardson shone when Australia beat India in their ODI series opener and the paceman can repeat the trick at a tasty price in Wednesday’s second game.

Australia produced a highly-impressive performance to win the opening game of this three-match one-day international series in Sydney.

Yet despite their convincing 34-run success – one that means India have now lost nine of their last 11 completed ODIs in Australia – the hosts remain outsiders (at 23/20) for the second game in Adelaide on Tuesday.

It may well be worth going back in on the Aussies, for while much has been made of their suspended trio, India have their own issues.

Hardik Pandya and KL Rahul having been sent home from the tour, while questions are now being asked about MS Dhoni batting at number five. He was ponderous in scoring a half-century in Sydney, while other members of their top order are also seeing their positions questioned.

They would have been heavily beaten but for Rohit Sharma’s 133 but, despite the opener scoring at more than a run a ball, the tourists still fell well short of their target.

If there is a lack of confidence in the Indian batting, Australia certainly took advantage at the SCG with pacemen Richardson and Jason Behrendorff, making his debut, to the fore.

With Adelaide having been a fairly low-scoring ground in recent times – the team batting first has made over 237 only once in the last five ODIs and just four times in the last 12 – it could well be that the duo are able to make hay again.

Richardson was man of the match in Sydney after taking four for 26 in his 10 overs, figures which took his wicket tally in ODIs to 11 in just five games.

With confidence flowing and the Western Australian returning to a ground on which he claimed his maiden five-wicket first-class haul in November, he certainly looks overpriced in the man-of-the-match market at 32/1.

Yes, it’s a batsman’s game these days but this clearly is a ground at which bowlers can get on top and he looks worthy of support at that juicy price.