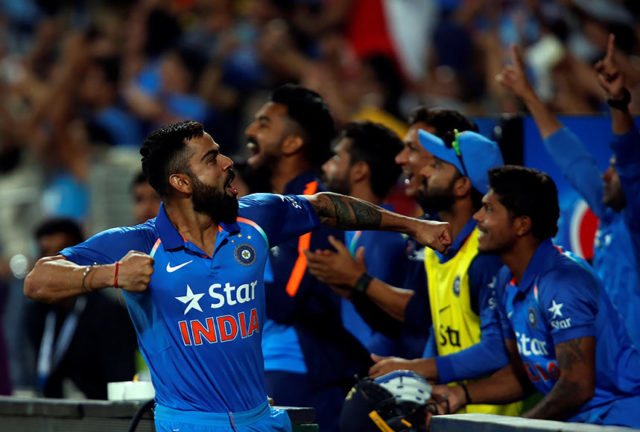 The one-day series between Australia and India is finely balanced at 1-1 as the teams prepare for the third and final match in Melbourne on Friday.

India went into the series after an impressive Test success – their first-ever series win in Australia – but fell to defeat in Sydney last week as the Aussies started well.

However, as expected, the tourists hit back in Adelaide and now it is winner-takes-all.

Australia have proved they can handle India’s attack better than people expected and the Asians will have to display all their usual qualities over 50 overs with both bat and ball if they are to come away with overall series glory.

Virat Kohli remains in great nick as his 104 off 112 deliveries proved to be the inspiration in their successful run-chase last time out, while Rohit Sharma proved his considerable worth with 133 in the first one-dayer.

The home side will also be wary that veteran MS Dhoni, who ended unbeaten on 55 in Adelaide, is still a big threat and so they will have plenty to counter should India get into their stride quickly at the MCG.

The two games have been fairly evenly-matched up to a point but there is a sense India have an edge in the bowling department.

They can exploit Australia’s lack of experienced big-hitters although Usman Khawaja remains dangerous and Shaun Marsh, whose exquisite 131 off 123 balls was the standout score from the Adelaide Oval, cannot be discounted from making a crucial impact again.

India have an attack to scare anyone and Bhuvneshwar Kumar was in great form last time out with figures of 4-45. It is an outside chance but backing the bowler to end up man of the match at 18/1 might just pay off.

It could be a thrilling end to what has been a tight series but expect India to edge it.