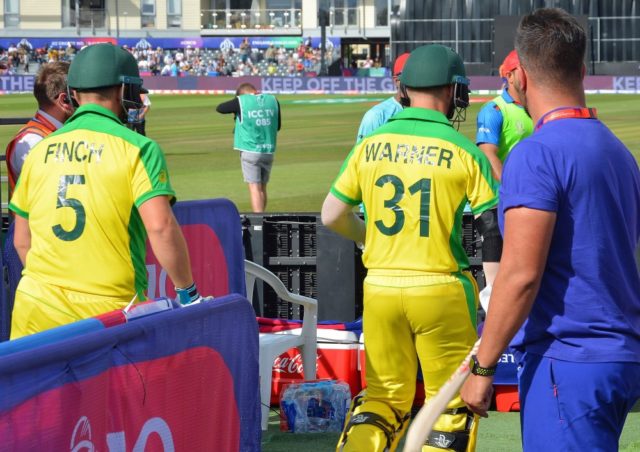 England will look to banish memories of their disappointing run of results in previous World Cup knockout matches when they take on Ashes rivals Australia in the semi-finals on Thursday.

The hosts have not won a knockout match at a World Cup since 1992 when they finished as runners-up, while Australia have won four of the last five competitions.

Australia appear to have the edge going into the clash at Edgbaston, having beaten England in the group stage, but Eoin Morgan’s men have momentum and will be confident of getting one over their old foes.

Starc is the most prolific wicket taker at the World Cup so far, claiming 26 victims in nine matches, six clear of his nearest rival Mustafizur Rahman of Bangladesh. Indeed, he took four wickets when these two sides met in the group stage at Lord’s on June 25 and is likely to be a serious threat in Birmingham.

David Warner is the second-highest run scorer at the World Cup, hitting 638, and he has India’s Rohit Sharma, who tops the charts, in his sights. But the controversial Australian was dismissed for 53 by England earlier in the tournament and fellow opener Finch may be the man to consider instead. Finch hit a century to guide the Aussies to a 64-run victory last time the Baggy Greens faced England and he sits fifth in the rankings for most runs at the showpiece event.

Finch was the only player from either side to hit triple figures in the group stage clash, however, recent meetings have seen plenty of players bring up that milestone. In fact, Australia and England players combined have reached at least 100 on 10 occasions in the last six meetings and another century looks extremely likely in Thursday’s crunch clash.

Australia set to end on a high