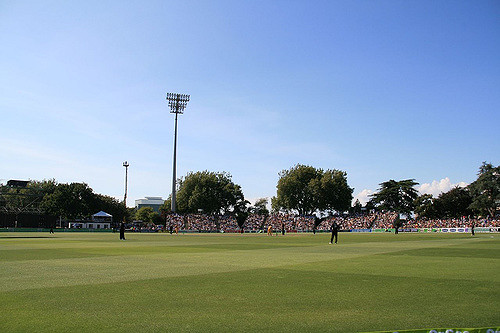 England and New Zealand are in the last-chance saloon when they meet in the final group game of the Trans-Tasman T20 series in Hamilton.

The Black Caps have the slight advantage going into the game as they have actually won a match in the competition.

The Three Lions are winless from three outings, meaning they offer little value at 5/6 to emerge victorious on Sunday.

Both sides have struggled to put runs on the board for the most part although New Zealand blasted more than 240 on Friday, only to see Australia race to a record victory.

Much will depend on the Black Caps’ opening partnership, with Martin Guptill, 3/1 to be top team batsman, having belted a century against the Aussies to become the leading runscorer in international T20 cricket.

His opening partner Colin Munro is also 3/1 to be top team batsman and if either man stays in for long then 23/4 for a century to be scored in the match might just be worth a second look.

For England, openers Alex Hales and Jason Roy have both so far failed to fire, leaving Dawid Malan as the leading light with the bat.

Two fifties in three knocks in the competition suggest the left-hander offers decent value at 4/1 to be top team batsman.

With the ball it could be a head-to-head scrap between the left-arm seamers Trent Boult and David Willey to play a starring role. Black Caps ace Boult has claimed five wickets in three matches, with Willey just one behind him.

Boult is 11/4 to be leading team bowler while Willey is 7/2 to lead the way for England, with the hosts potentially holding a trump card in having won six of the previous seven T20 internationals played at Seddon Park.