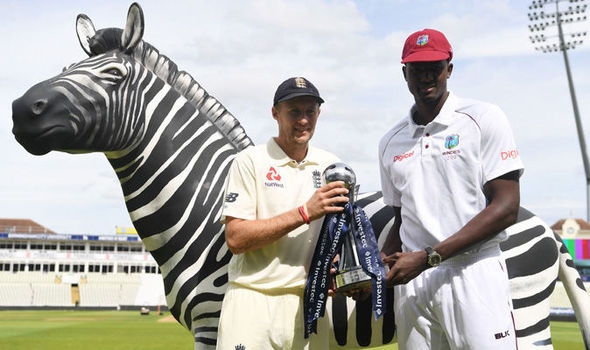 The third and final Test of the series between England and West Indies takes place this week – starting on Thursday – and the pressure will be on the hosts to perform.

It’s England’s final five-day match before the start of the Ashes in November, when they will hope to be fully prepared in their attempts to reclaim the urn.

Joe Root’s men were shocked by a much-improved Windies team at Headingley, when the tourists won a thriller on the fifth day by five wickets.

But because England need to finish on a high to boost confidence ahead of the tour Down Under, the 20/73 looks the bet heading in to the Lord’s encounter.

For a number of players, the likes of Dawid Malan, Mark Stoneman and Tom Westley, this is their last chance to seal a place on the plane later this year.

Malan in particular showed some decent signs in the first two Tests – making 65 in the first innings at Edgbaston, while scoring 61 in the second innings in Leeds. The Middlesex batsman is 22/1 to claim the Man of the Match award in the last match of the series.

Those eyeing a potential upset (West Indies 7/1) will be buoyed though by England’s recent record at the home of cricket – with just two wins in their last seven Tests at Lord’s.

Shannon Gabriel was the star of the show for the tourists at Headingley – with six wickets across the two innings – and is 20/1 to be named MOTM.