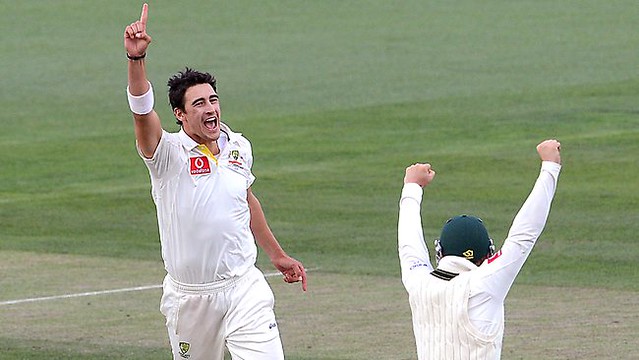 Australia are enjoying an impressive 2019 World Cup campaign and they can pile more misery on tournament hosts England when they meet at Lord’s on Tuesday.

Having set the World Cup alight with a record-breaking victory over Afghanistan, England were brought back down to earth when suffering a shock 20-run defeat to Sri Lanka on Friday.

After the earlier loss to Pakistan, the latest setback has left Eoin Morgan’s men fourth in the standings on eight points and a failure to get the better of the Aussies on Tuesday would further dent their semi-final hopes.

Australia have been in impressive form throughout the tournament and they extended their winning run to three matches with a 48-run win over Bangladesh.

The men from Down Under, who defeated England in a warm-up game ahead of the World Cup, will need no extra motivation heading into the contest as they look to get one over their rivals and they look great value to do this.

Captain Finch has formed a formidable opening partnership with David Warner at the top of the order and the duo have scored 447 and 396 runs respectively.

England boast arguably one of the best bowling attacks at the World Cup, but Finch looks in great nick and he can continue his impressive form at the ‘Home of Cricket’ on Tuesday.

Fast bowler Starc has been outstanding for Australia so far and figures of 2-55 in that win over Bangladesh took his overall tally to 15, leaving him as the joint-highest wicket-taker.

The 29-year-old left-arm seamer has been a constant menace and he will be eager to rip into the likes of Jonny Bairstow and James Vince, who have failed to shine in the tournament so far.

Fast bowler Wood has performed admirably for England so far and he has taken an impressive 12 World Cup wickets, with three of those coming in that defeat to Sri Lanka.

The 29-year-old has pace in abundance and he has often struck quickly after coming on for either Jofra Archer or Chris Woakes, who are the opening bowlers.