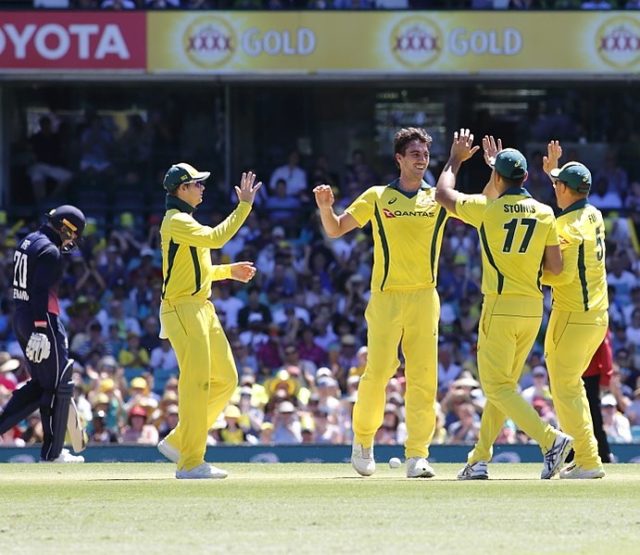 It’s a double-header of World Cup action on Saturday and action kicks off at 10:30am with Sri Lanka taking on Australia at the Kia Oval, before South Africa go up against Afghanistan in Cardiff.

Australia have looked impressive during the World Cup so far and they head into the contest second in the standings, having won three and lost one of their four matches, just a point behind table-toppers New Zealand.

Sri Lanka have unfortunately fallen victim to the bad English weather, suffering two no results, and they sit outside the semi-final positions with four points from as many games.

It is hard to look past the Aussies to come out on top but there is little value in backing them at 1/9 to win, but the bowling market is well worth considering.

Cummins has shown fantastic pace during the tournament and he has taken an impressive nine wickets from four games, with three of these coming in the 41-run victory over Pakistan last time out, while he has the most dot balls of any bowler.

The 26-year-old also had fond memories of playing against Sri Lanka, having ripped through the batting line-up in a Test match back in January to take career-best figures in a single innings of 6-23.

Although not as fearsome a side as they have been in recent years, Sri Lanka still boasts quality at the top of the order and opener Perera looks good value to be his side’s top batsman.

The 28-year-old top scored in the win over Afghanistan, making an impressive 78 as his team-mates fell around him, and he is worth a punt at 4/1 to continue his good form.

Not many thought this would be a clash between ninth and 10th when the tournament began but that is exactly how things have panned out for these two teams. South Africa have lost three and suffered one no result, while Afghanistan have been defeated in all three matches.

The Proteas’ hopes of qualifying for the semi-finals look bleak at the moment but they should rack up their first victory of the tournament at odds of 1/10.

Outright odds provide little value in this contest, but the batsman market looks interesting and captain du Plessis can rack up a big score against a limited bowling attack.

The 34-year-old skipper already has one half-century, scoring 62 in the defeat to Bangladesh, and he will be looking to lead his side to a confidence-building victory in Cardiff.

Rabada has produced some good spells of quick, fiery pace bowling and has taken four wickets so far, dismissing English duo Joe Root and Chris Woakes and Indian pair Shikhar Dhawan and KL Rahul. With Afghanistan’s batting arguably their weakest area, there is a real chance for the bowlers to rack up some impressive figures and Rabada looks a good shout to end up with the Man of the Match award.