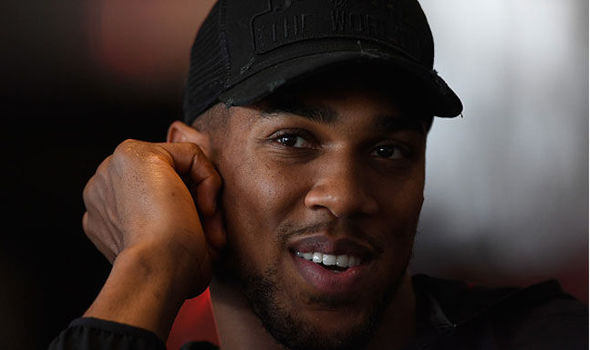 Carlos Takam has the unenviable job of trying to inflict Anthony Joshua’s first career defeat in a fight where the outcome already appears inevitable.

Takam is a late replacement for Bulgaria’s Kubrat Pulev, who was forced to pull out with a shoulder injury, and will now get his crack at the WBA Super and IBF heavyweight champion.

The last-minute change of opponent might have thrown Joshua’s preparations off track, but not enough for 20/1 shot Takam to have a chance of downing ‘AJ’.

This is Joshua’s first fight since that memorable night at Wembley in April when he solidified himself as a global star with his 11th-round stoppage of heavyweight great Wladimir Klitschko.

Klitschko was expected to be the opponent when Cardiff’s 80,000-seater Principality Stadium was booked initially, but instead it will be the little-known Takam who enjoys a night in the spotlight.

The Cameroon-born fighter has a record of 35-3-1 from his 39 bouts as a professional, 27 of his wins coming via knockout, and he is expected to go down swinging on Saturday night.

Only one of Takam’s defeats has come via stoppage and Joshua has labelled him “durable”, claiming he would not be surprised if this fight went the distance.

Given only three of the Brit’s 19 opponents have ever made it beyond round three, it seems unlikely Joshua will have too much trouble disposing of Takam.

A Joshua win is 1/250 so the round betting is where the value lies in this contest, with Under 3.5 rounds at 27/20 perhaps the pick of prices given Joshua’s record.

Joshua has won 19 out of 19 via knockout and there is no reason to think Takam will not become victim number 20.

It is just a matter of how long the champion wants it to go in front of what is likely to be a raucous Cardiff crowd.