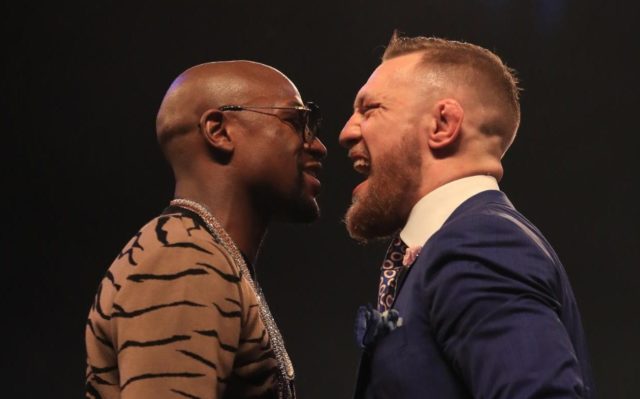 The build-up seems to have gone on forever, but finally the big fight takes place this Saturday in Las Vegas (Winner – Mayweather 1/4, McGregor 3/1).

Unbeaten boxer Floyd Mayweather puts his reputation on the line one more time, as he faces UFC champion Conor McGregor in a little-middleweight bout.

Some can’t wait others fear a farce, either way there will be millions tuning in to see if McGregor can spring a massive upset and end Mayweather’s run.

Liverpool against Arsenal is always one of the big fixtures of the Premier League season, even at this early stage of the season (Match Betting – Liverpool 11/10, Draw 49/20, Arsenal 47/20).

The two sides go head-to-head at Anfield on Sunday, with both teams going into the game off the back of 1-0 results – Liverpool beating Crystal Palace by that score, while Arsenal lost at Stoke.

If Manchester United win at home to Leicester on Saturday evening, neither can afford to lose and fall further behind the league leaders.

After a month break, the stars of Formula One return to the track this weekend when they take to the grid at Spa for the Belgian Grand Prix.
The last two races in Belgium have been won by Mercedes – Nico Rosberg last year and Lewis Hamilton in 2015 – and they need another victory on Sunday to bridge the gap at the top of the standings.

Sebastian Vettel (4/1 to claim the race victory) leads the Drivers’ Championship by 14 points and he won this Grand Prix in 2013, but Ferrari haven’t enjoyed success at Spa since 2009.

4) England out to wrap up series

After a crushing win, by an innings and 209 runs, in the first Test at Edgbaston, England will expect another comfortable victory over a poor West Indies team.

The second Test is at Headingley (Match Odds – England 2/35, West Indies 23/4) and the likely movement off the pitch should work in the hosts’ favour, causing more problems for the beleaguered tourist.
The first Test lasted just three days and there is every chance that the players will get the Bank Holiday Monday to enjoy themselves!

5) Hull can retain the Cup

Hull are the cup holders and looked impressive when beating Leeds in the semi-final and are 20/21 to lift the trophy again at the weekend.
Wigan (4/5) to beat Salford in the semis and look to be finding some form, going into the final following back-to-back Super League wins.