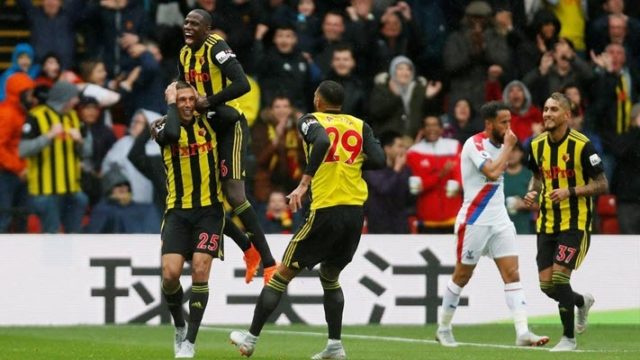 Watford hit a blip last weekend at Newcastle but can bounce back and take advantage of a Southampton side lacking confidence.

The Hornets went down 1-0 at St James’ but do not let the result fool you into thinking they were the inferior team as they spurned a number of decent chances.

Saints, in contrast, lost 6-1 at Manchester City and can hardly rely on home comforts, having won just once at St Mary’s since last November.

They do traditionally have a good record against Watford, losing only one of their last 10.

However, after a midweek boardroom reshuffle, the Southampton hierarchy are clearly worried about their progress under Mark Hughes and this pacey Hornets outfit can expose the Welshman’s sluggish side.

It is into the Championship for our second pick and Swansea can do a job away at Bolton.

The Trotters had a decent start to the season but are currently in freefall, losing five of their last six to drop into relegation contention.

Swansea themselves have hardly been firing on all cylinders, losing three of their last five and are without a win from their most recent quintet of away trips.

This game seems to have come at the perfect time for Graham Potter’s side and they can close the gap between themselves and the play-off places with a victory.

After winning just one of their first 12 in Ligue 1, Guingamp sacked Antoine Kombouare this week and brought back Jocelyn Gourvennec for a second stint in charge.

Today’s visitors are Lyon, a team who have frustrated neutrals this season due to their lack of balance.

Most recently they spurned a 2-0 midweek advantage to draw with 10-man Hoffenheim and while the home win tempts at 15/4, there may be some merit to sitting on the fence when backing the Breton outfit to get something out of Les Gones.