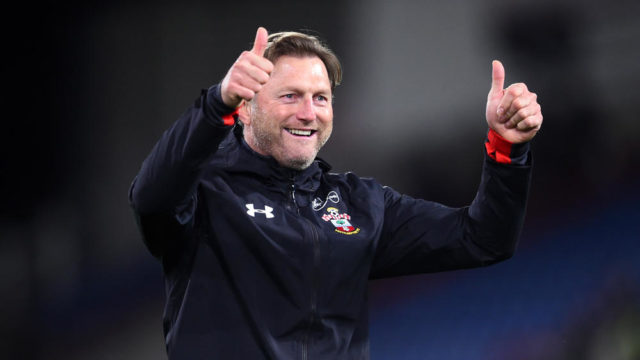 Southampton sit 17th in the Premier League table but five points above Cardiff and can take another step towards survival today at home to Wolves.

Saints Have won three of their last five and will be hoping the visitors are suffering from a post-Wembley hangover after spurning a 2-0 lead to lose 3-2 to Watford in last weekend’s FA Cup semi-final.

Ralph Hasenhuttl can call upon Danny Ings after missing out against parent club Liverpool and his duel with Rui Patricio will be fascinating.

Wolves were too good as they ran out 2-0 winners at Molineux back in September but today is Southampton’s chance to get revenge and I expect them to grab it with both hands.

After being thumped 5-0 at Bayern Munich last week, Dortmund will look to bounce back against Mainz in the Bundesliga.

Der BVB have lost just two of the last 19 meetings between the pair but their visitors beat Freiburg 5-0 last time out to end a run of four straight defeats.

With Mainz happy in mid-table, this looks the perfect chance for Dortmund to respond and they should win easily.

However, it could be a case of both teams scoring in this one, especially as Jean-Philippe Mateta has netted 10 times this season for Die Nullfunfer.