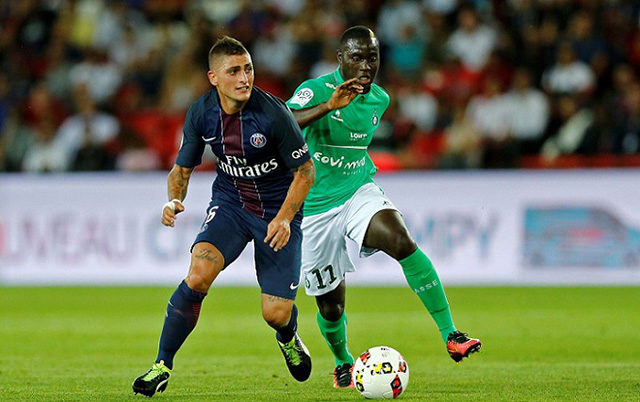 Les Verts won 3-2 last time out at Monaco and have recorded six wins in their last seven matches to move to a point adrift of Lyon who occupy the final Champions League places.

Montpellier have also impressed, sitting fifth after a run of four unbeaten and they still have faint hopes of a European finish themselves.

A victory tonight is paramount and they were the 1-0 winners in this fixture last season.

This looks set to be a more open affair, with Les Phoceens failing to score in just one of their last 11 in Ligue 1, but that is unlikely to be enough at the Stade Geoffroy-Guichard.

The League Tow play-offs continue this evening and after last night’s 1-1 between Newport and Mansfield, Tranmere can make home advantage count against Forest Green Rovers.

These two have come a long way since meeting in the National League play-off final in 2017 and both stumbled in the closing weeks of the season.

Forest Green have won both of their meetings this term, but Rovers have a good home record, taking 47 points from a possible 69 and can shine again in what is likely to be a cagey affair at Prenton Park.