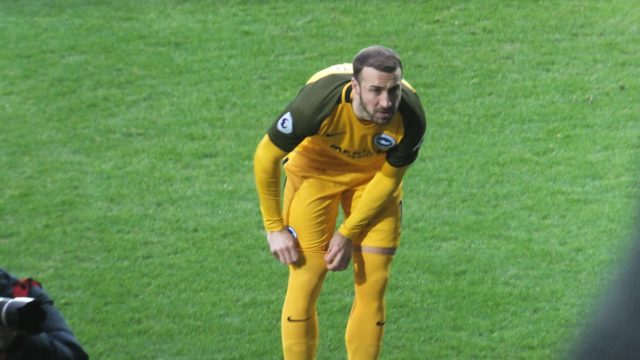 Neil Harris’ side have already beaten Everton in this competition and ended a run of four straight defeats by winning 2-0 at Birmingham on Wednesday.

Visitors Brighton are themselves going well but Glenn Murray’s (pictured) admission that he has warned some of his team-mates about the famously fiery atmosphere at The Den suggests the Premier League side are already psychologically 1-0 down.

The home crowd have helped Millwall progress in this competition on numerous occasions, reaching the final in 2004, semis in 2013 and this stage two years ago.

Expect a tasty encounter and for the Lions to do Bermondsey proud by causing another upset.

It is the second Derby della Madonnina this evening and AC Milan can get revenge on Inter at San Siro.

Mauro Icardi scored a 92nd-minute winner in their previous meeting but the Argentine is embroiled in contract talks, a soap opera that has lingered over a poor run for his side in which he has been absent with a reported knee injury.

Milan have their own star man in Krzysztof Piatek, who has scored eight times in as many games since joining from Genoa, and his influence will be key.

Do not expect a classic but the Rossoneri are unbeaten in their last 10 in Serie A and look ready to punish their bitter rivals.