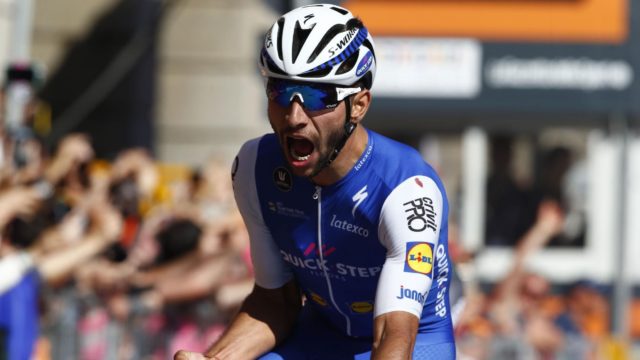 With the World Cup down to its last four and Wimbledon having a day off, we take a bit of a leftfield turn today and I’m backing Fernando Gaviria to double up on Stage 2 of the Tour de France.

The Colombian won four stages at last year’s Giro d’Italia and made the most of a crash on Saturday to win on debut on the opening day of the 2018 Tour.

While some of the General Classification men, Chris Froome the most prominent, lost time due to crashes, Peter Sagan, Marcel Kittel and Dylan Groenewegen were all involved in the final sprint.

May’s Points Classification win at the Tour of California showed Gaviria’s form and of all the real sprinters, he is the most likely to challenge the more resourceful Sagan for the Green Jersey.

Today’s 182.5km stage between Mouilleron-Saint-Germain and La Roche-sur-Yon is again likely to end in a sprint and after being too strong for his rivals on Saturday, he can become the first man since Mark Cavendish in 2009 to win the first two road stages of the Tour.

Eoin Morgan’s men levelled the series 1-1 on Friday in Cardiff and the skipper was quick to hail the confidence gained from that result.

Spin was the undoing of England in the opener at Old Trafford but the tourists had less success against an arguably more defensive rearguard in Wales.

Both are talented T20 outfits but having lost out in the decider in India in 2017, I think the Three Lions can get their own back.