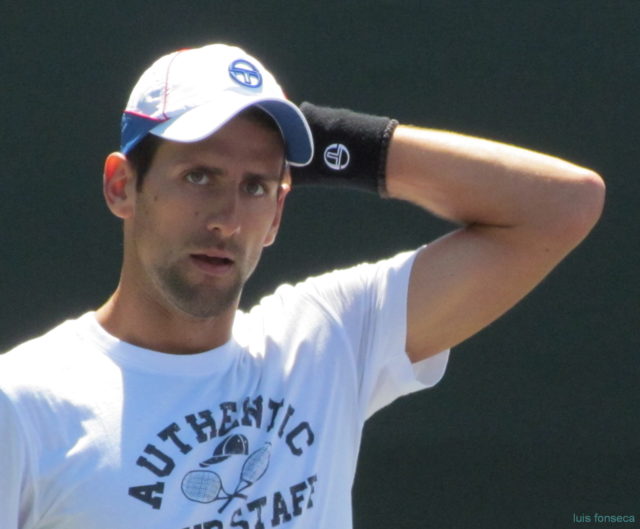 Novak Djokovic may say he has got his enthusiasm back but he is yet to convince and could fall short today at the Italian Open against clay-court specialist Albert Ramos-Vinolas.

The Spaniard’s most famous achievement is reaching the final of last year’s Monte Carlo Masters and although his form may be pretty mixed at the moment, the left-hander is a devil on the dirt.

Ramos-Vinolas has only ever won one ATP World Tour event, but five of his six finals have been on clay.

The last of those came in Ecuador in February and, after flopping on home courts in Barcelona and Madrid, he has come from behind against both Federico Delbonis and John Isner to win in three sets in Rome.

Four-time champion Djokovic eased past Nikoloz Basilashvilil in the first round in Rome but has seemed to lose his cool when put under pressure, most recently against Kyle Edmund in Madrid.

Ramos-Vinolas is the real outsider here but I think he can hit Djokovic hard and cause an upset.

My other tip is also tennis and it is David Goffin to get the better of Juan Martin del Potro.

This is the first time they have met on clay but Delpo looked sluggish in losing to Dusan Lajovic in Madrid, before beating Barcelona finalist Stefanos Tsitsipas earlier this week.

A quarter-final and a semi in Monte-Carlo and Barcelona respectively show Goffin is sharp and, although he needed three sets to defeat home favourite Marco Cecchinato last time out, he can show his class on the dirt with a big win here.