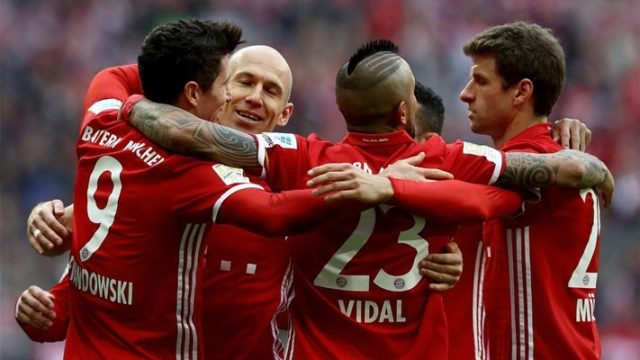 Bayern Munich’s form since Jupp Heynckes returned in October has been nothing short of sensational and their Champions League quarter-final with Sevilla is unlikely to cause too many sleepless nights.

The Bavarians know they are now only one win away from wrapping up the Bundesliga title and can afford to put some extra focus on winning a first European crown since 2013.

Sevilla shocked the continent by beating Manchester United in the last round and should have got more from Saturday’s 2-2 draw with Barcelona.

That clash saw them squander a two-goal lead and those same defensive deficiencies are likely to be exploited by Bayern in tonight’s first leg encounter.

The away win is short for this stage of the competition but that outcome and both to score at 33/20 looks sensible and there is unlikely to be any harm in backing over 3.5 goals at 6/4.

My other tip comes from Italy where Genoa welcome Cagliari.

It’s funny how certain teams follow certain patterns and experience tells me il Griffone are unlikely to be troubled, despite only drawing 1-1 with SPAL last time out.

4/5 is a decent price for the Genoa victory but Davide Ballardini has done a stellar job built on defensive organisation.

Cagliari lost 4-0 at home to Torino on Saturday and I think 6/4 for the home win to zero could be the price if the night.