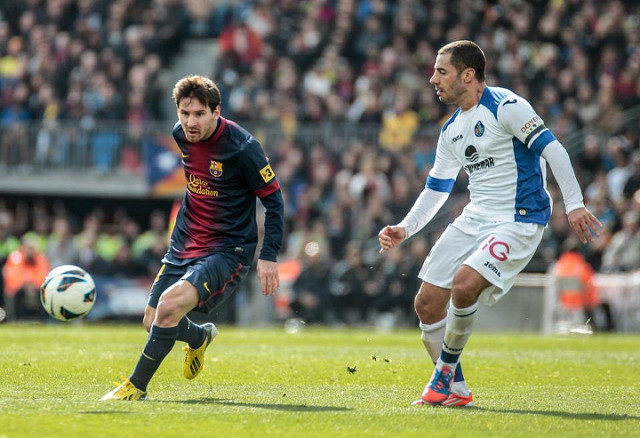 Getafe did the business last week at home to Malaga and can repeat the trick against Athletic Bilbao.

Los Azulones are enjoying a decent season under Jose Bordelas, currently sitting ninth, and their record at the Coliseum Alfonso Perez is excellent, avoiding defeat on home turf since October.

Athletic are a neutral’s favourite due to their ethos and history but have struggled a bit since Ernesto Valverde’s summer departure to Barcelona.

His replacement, Jose Angel Ziganda, perhaps fallen foul of club’s desire to balance the books in recent years but seems to be finding his feet, with Los Leones avoiding defeat in their last seven.

They lack the style they have shown in recent years though and could come out second best in what looks likely to be a battle of attrition.

After drawing 0-0 at the San Mames in August, a home win looks handy at 33/20 but do not expect this to be a classic.

Elsewhere and I’m quite interested in Marseille’s 4/5 to win at Caen, having beaten their opposition 5-0 at the Stade Velodrome in November.

Both won during the midweek round of Ligue 1 fixtures but Caen have struggled in recent times at the Stade Michel-d’Ornano and I’m backing L’OM to enjoy a successful trip to Normandy.