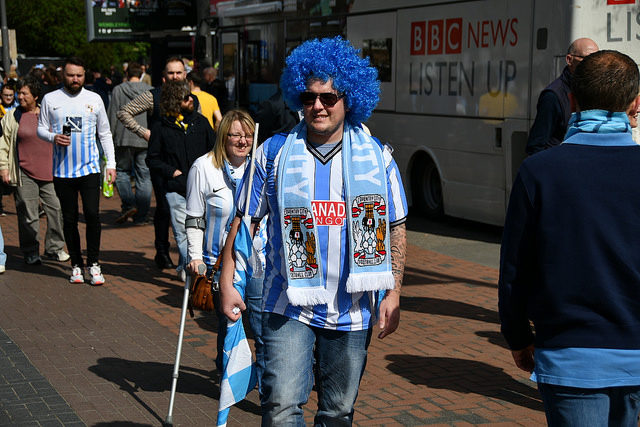 The Football League play-offs conclude this afternoon and I’m backing Coventry to get the better of Exeter in the League Two final.

Coventry 7/2 To Win and Both To Score

It has been a tumultuous time for the Sky Blues, with their off-field issues taking these one-time top-flight regulars to the brink of extinction, ground shares and all sorts of other turmoil.

Mark Robins is a good man to have at the helm though and victory today would mark their first promotion of any kind since 1967.

The pair both won to nil when they hosted their opposition in the regular season and it was Exeter who amassed the most points as they finished fourth.

Rumours are rife that this will be Paul Tisdale’s last game after 12 years in charge of the Grecians, regardless of the result.

Tisdale has proved himself to be an astute coach but Robins is a winner and fortune has shone on Coventry, with the big calls in their semi-final against Notts County going their way.

After a difficult few years which featured loans at Portsmouth and Bradford, Marc McNulty seems well settled at Coventry and has been banging them in this season, netting 25 times, including seven in his last six.

That form suggests it will be a big afternoon for the Scot and he has exactly the type of nous that says to me he can take any chance that comes his way.