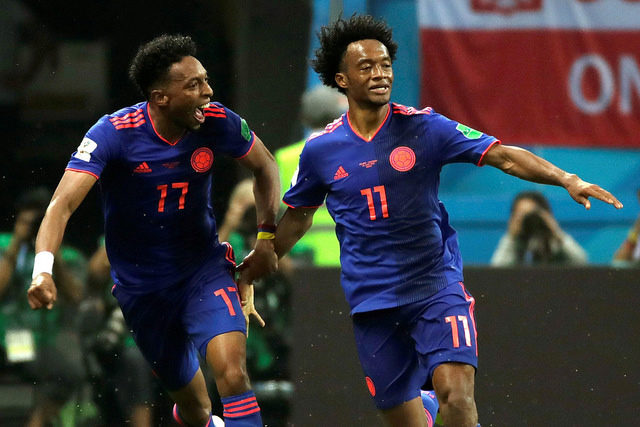 Colombia came to life against Poland and can book their place in the last 16 by beating Senegal today.

Los Cafeteros were undone by an early red card as they went down 2-1 to Japan in their opener but were brilliant against the Poles, slamming them 3-0.

Radamel Falcao and Juan Cuadrado were both on the scoresheet on Sunday and their movement could cause havoc to a Senegal defence who have conceded three times in their two outings.

The Lions of Teranga have looked good going forward though, netting four times to give them as many points.

However, I think that having starred four years ago in Brazil, Jose Pekerman’s men are bubbling under and can get the win they need today.

Speaking of Falcao, he seems like a man with a point to prove after injury robbed him of his World Cup chance in 2014.

After taking time to recovery from his knee problems, he has looked devastating for Monaco over the last two years.

Senegal’s Kalidou Koulibaly has proved himself to be an excellent defender with Napoli but with Cuadrado and co in tow, Falcao can fire in Samara.