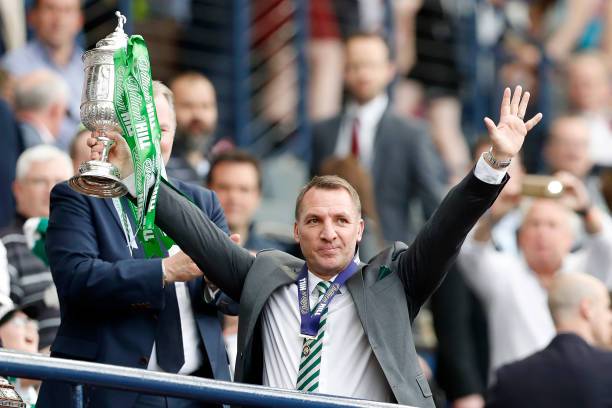 It was all doom and gloom at Celtic in the early part of the season but their recent run suggests they can beat Salzburg tonight.

Brendan Rodgers’ future was uncertain after crashing out of Champions League qualifying; the Northern Irishman having been linked with clubs around Europe in the aftermath of that failure.

The 45-year-old has characteristically bounced back though, and the Bhoys know a point tonight will see them through from Group B.

Salzburg have been the dominant force in the pool and there is a growing feeling that last season’s run to the semi-finals was far from a flash in the pan.

Five wins from five is hugely impressive, especially when considering they did the double over sister club, Leipzig.

With them already 14 points clear in the Austrian Bundesliga, there are similarities to draw on between these two, although Celtic have not been as dominant domestically this term.

They are, however, ten without defeat across the board and having beaten Leipzig at home, the Bhoys will be looking to channel that energy and book their progress in style.

It could be a great night for Scottish football with Rangers looking to make it a double over Austrian opponents as they head to Rapid Vienna.

All four sides can still qualify from Group G, with Villarreal and Spartak Moscow meeting in Spain.

Rangers won 3-1 when the pair clashed at Ibrox and Rapid are struggling, currently sitting eighth in their domestic division and failing to score in their last three at The Allianz Stadion.

The Gers need to win and having Steven Gerrard – the hero of so many epic European nights in his playing days at Liverpool – will surely help their preparation.

While they are still to win on the road in Group G, tonight represents a massive chance to break their duck and make the last-32.