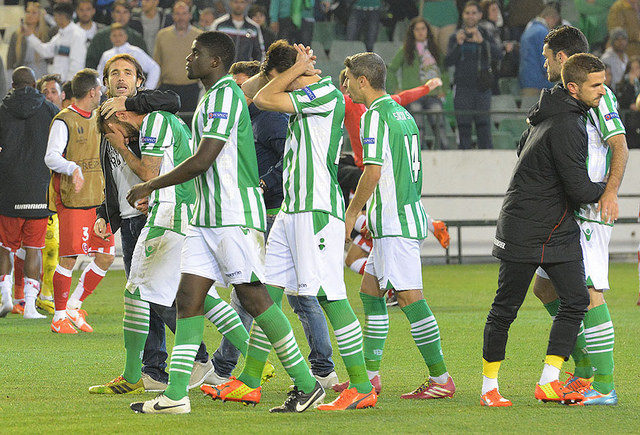 Real Betis were surprise losers at bottom club Huesca on Saturday but should have enough to defeat Real Sociedad tonight in the Copa del Rey.

Los Beticos had been unbeaten in eight before the weekend and are generally good at home, losing only one of their last 12 at the Estadio Benito Villamarin.

Sociedad have made strides under new boss Imanol Alguacil, beating Real Madrid 2-0 at the Bernabeu on Sunday and saw off Celta Vigo in the last round.

They did lose 1-0 in Andalusia before the winter break though, Junior Firpo’s 33rd-minute goal making the difference, but expect more entertainment in this one.

The Copa always provides excitement and back Betis to make home advantage count.

Like their Basque rivals, Athletic Bilbao have benefitted from a change of manager and Gaizka Garitano is yet to lose in his five games in charge.

Tonight sees his team welcome Sevilla and Los Rojiblancos will be confident having lost only one of their last 15 in all competitions.

The last three meetings between these two have ended in home wins to zero and it has been the hosts who have come out on top on the last five occasions the pair have faced each other.

Athletic’s resurgence, including Monday’s 2-1 win at Celta Vigo has been encouraging but this duo look tough to split and a draw at 9/4 appears a decent price but I’m happy to push a bit further for the 1-1.