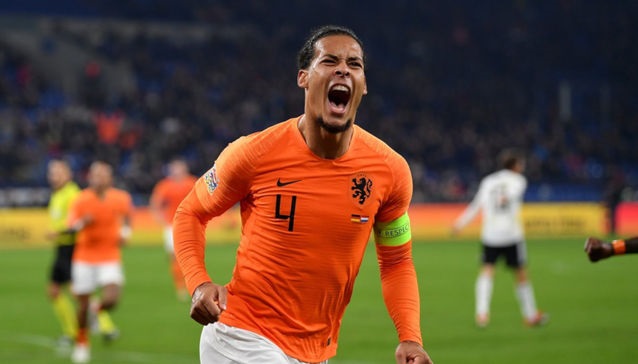 One of football’s great rivalries is renewed on Sunday and the Netherlands look prepared to take advantage of an ailing Germany side in Group C.

The Oranje progressed from a Nations League pool also involving Die Mannschaft and France and seem a team on the up after missing both Euro 2016 and last year’s World Cup.

Joachim Low’s men, in contrast, are struggling and appear a team in transition, only drawing 1-1 in a friendly at home to Serbia on Wednesday.

The Netherlands won 3-0 when these two met in October, with Virgil Van Dijk scoring the first, and with Amsterdam again the venue, they appear tough to back against here, having also smashed Belarus 4-0 on Thursday.

Earlier in the day in Cardiff, Gareth Bale and co will be aiming to get Wales’ Group E campaign off to a flyer.

Ryan Giggs gave youth a chance as his side beat Trinidad & Tobago 1-0 on Wednesday but is expected to field a much stronger line-up in this one, although still one without Aaron Ramsey through injury.

Slovakia were 2-0 winners over Hungary on Thursday. However, they have not won any of their last seven on the road and with these struggles considered, a home win looks a good price to be on.